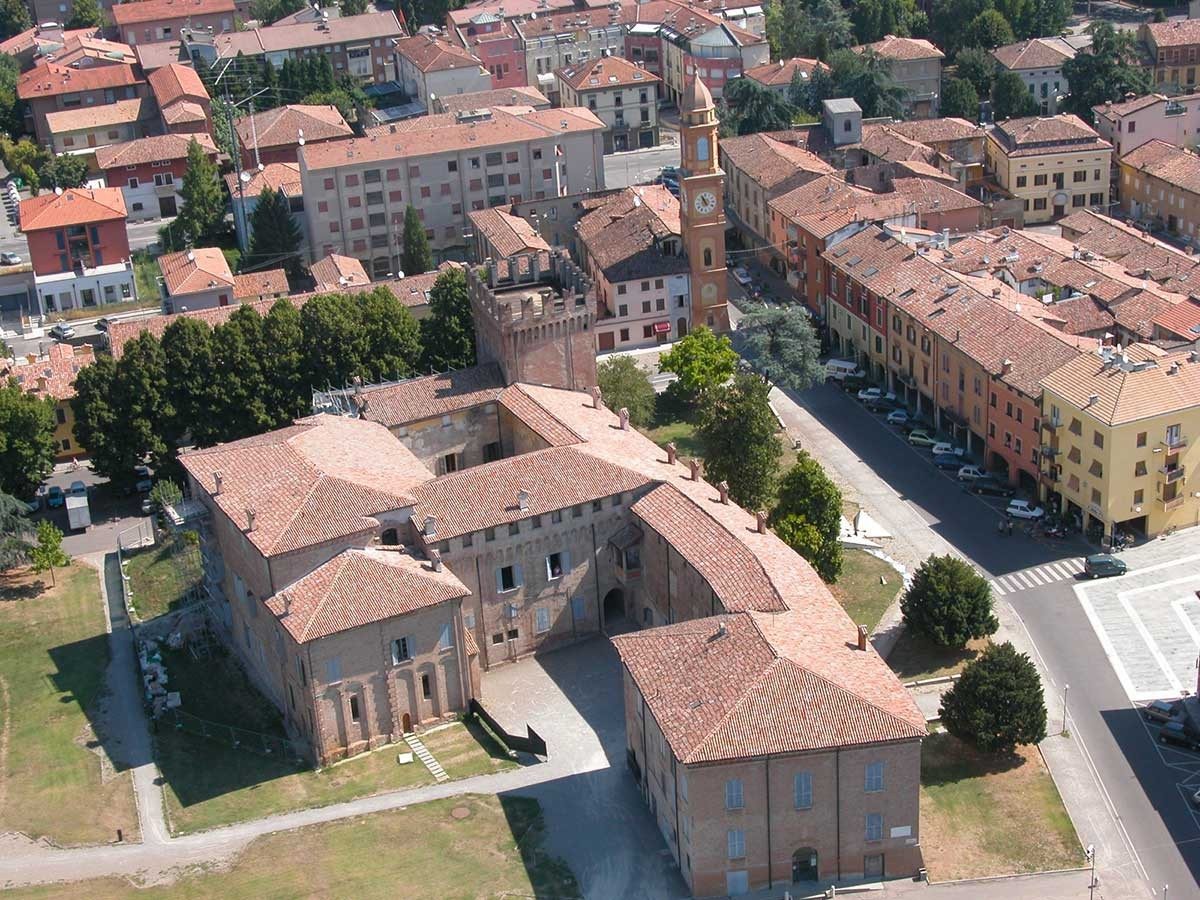 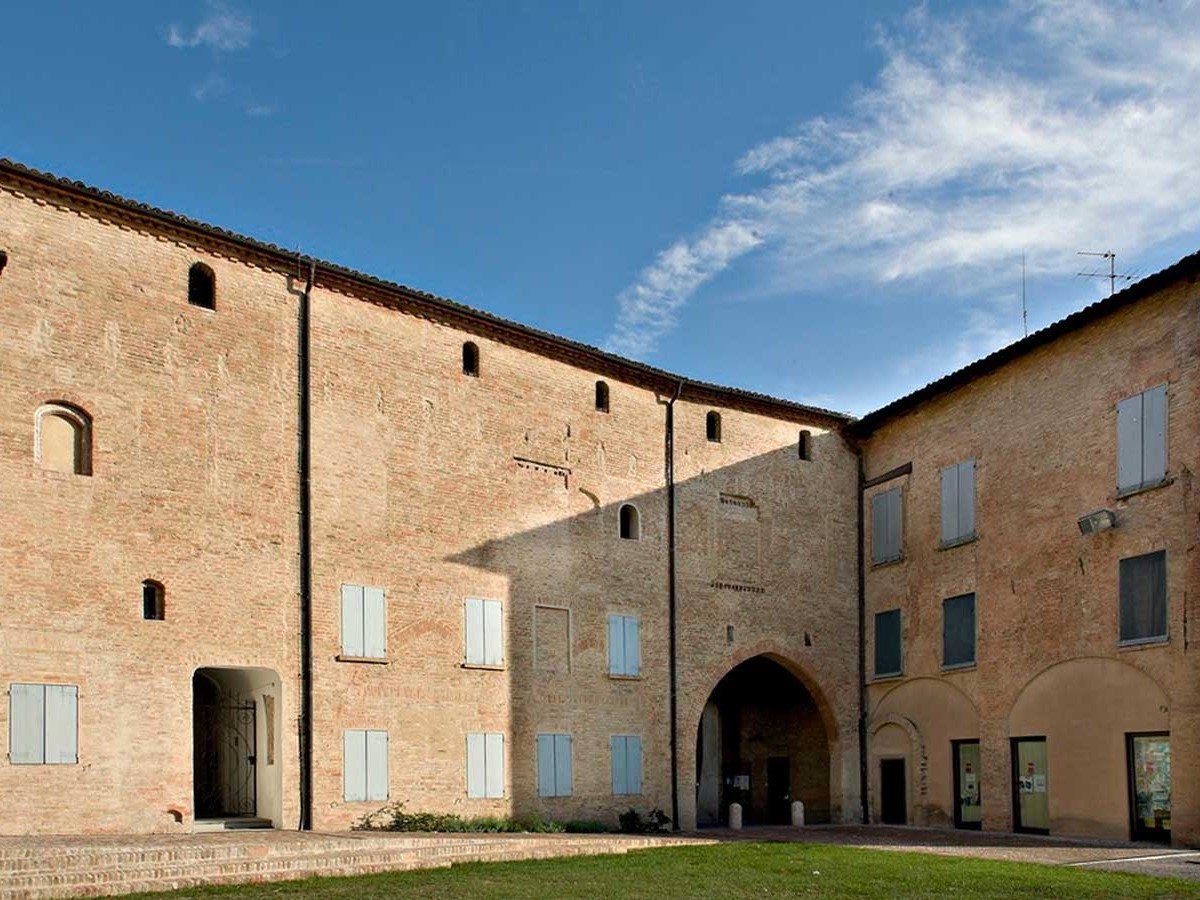 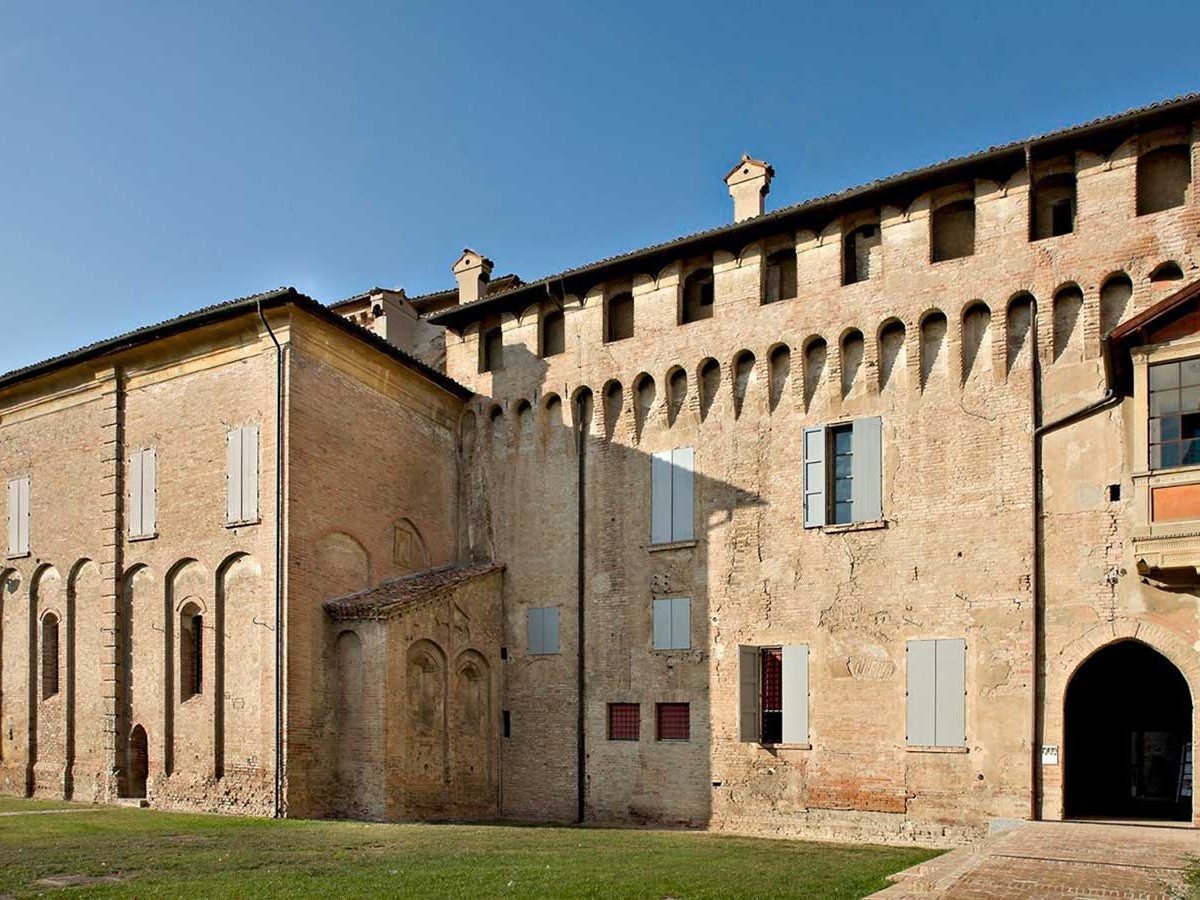 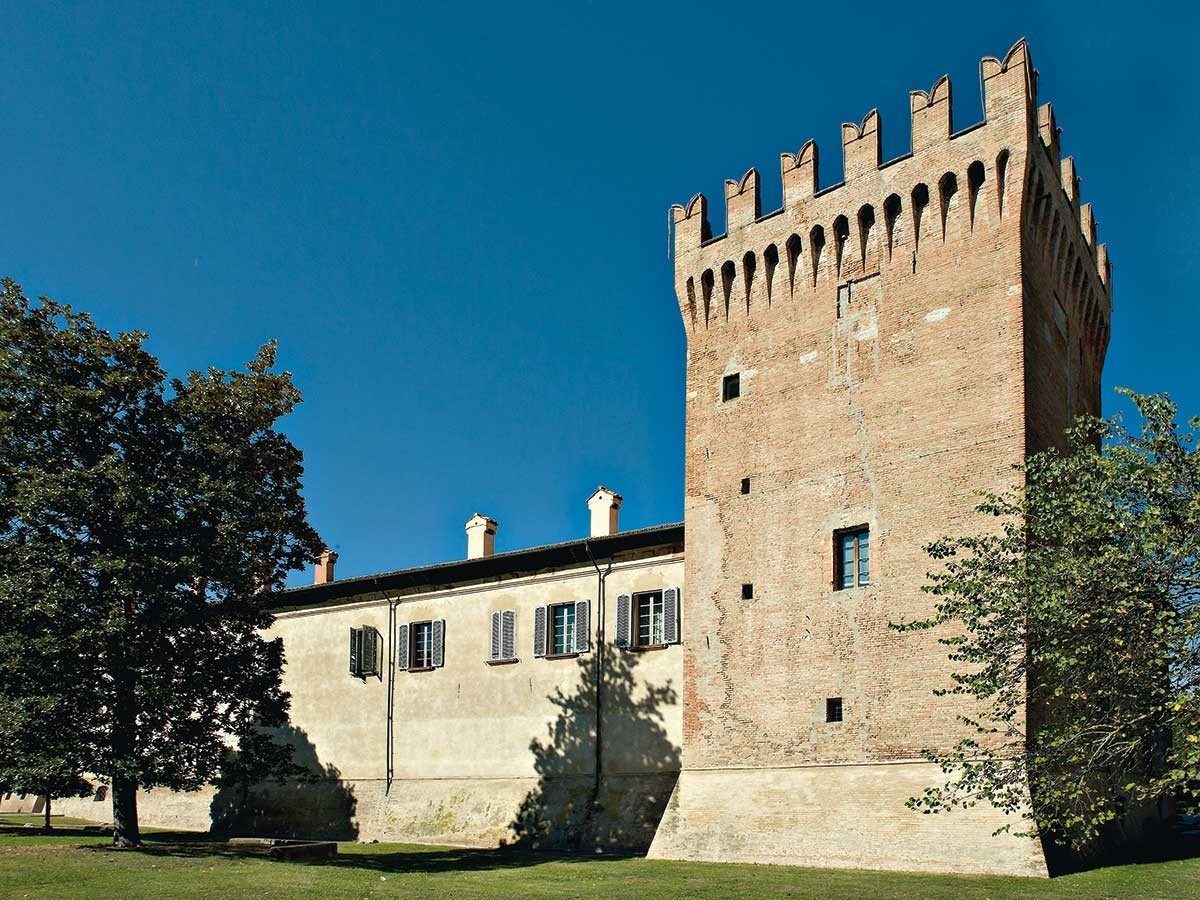 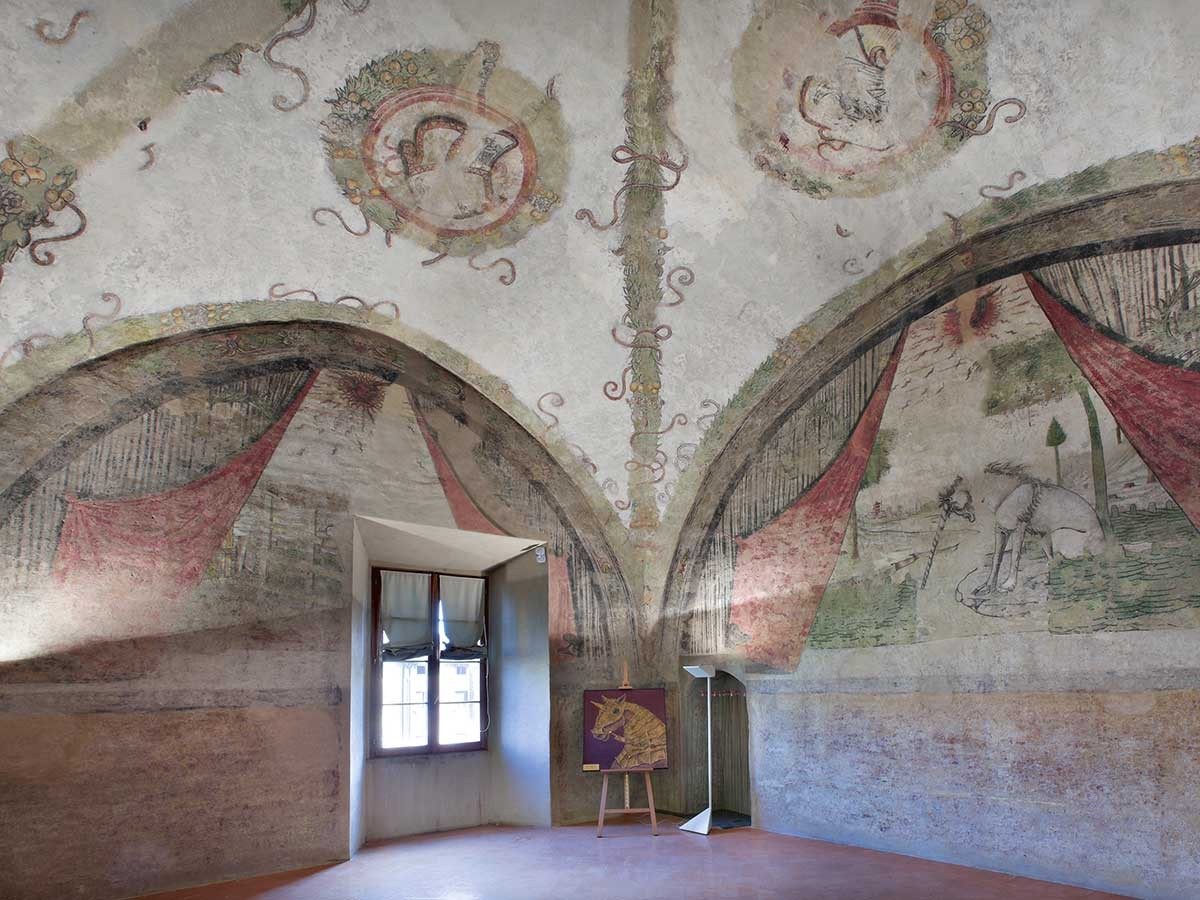 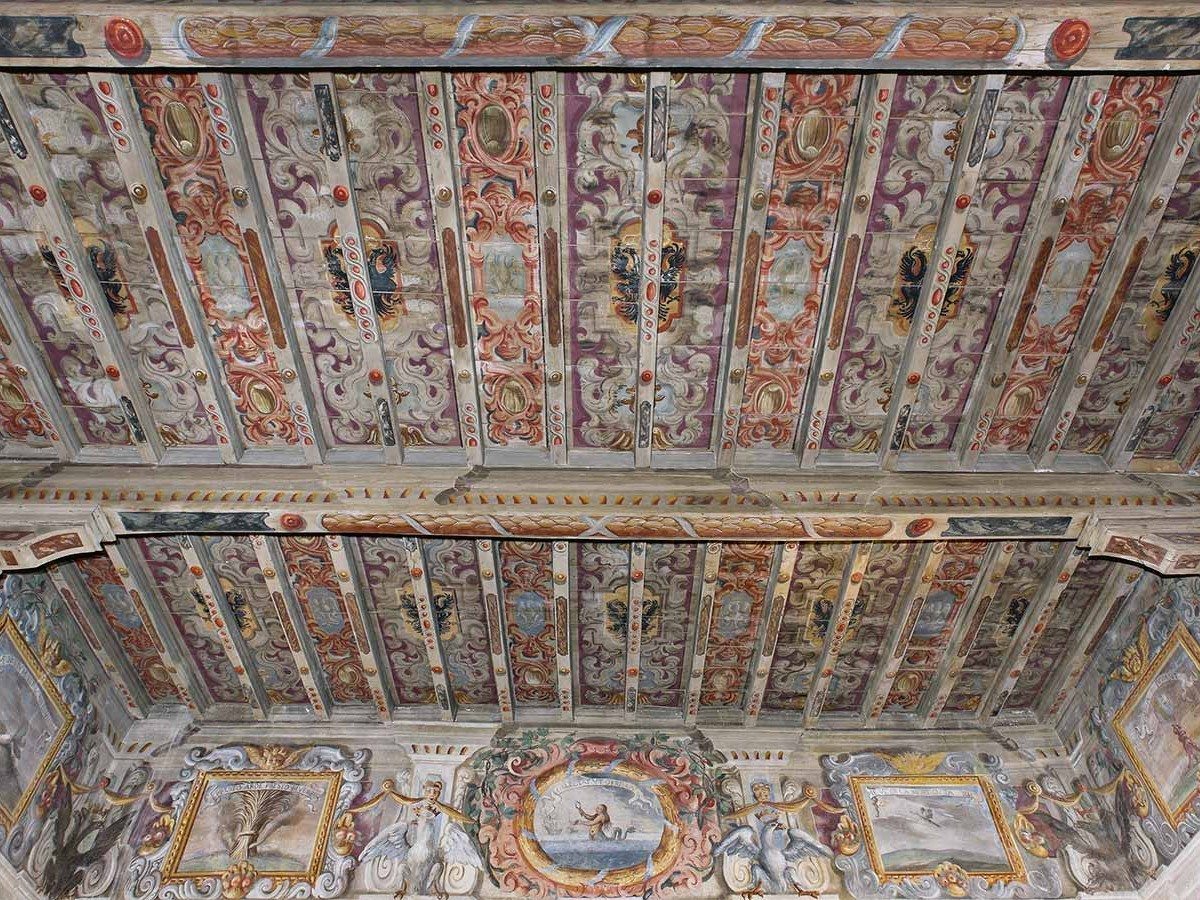 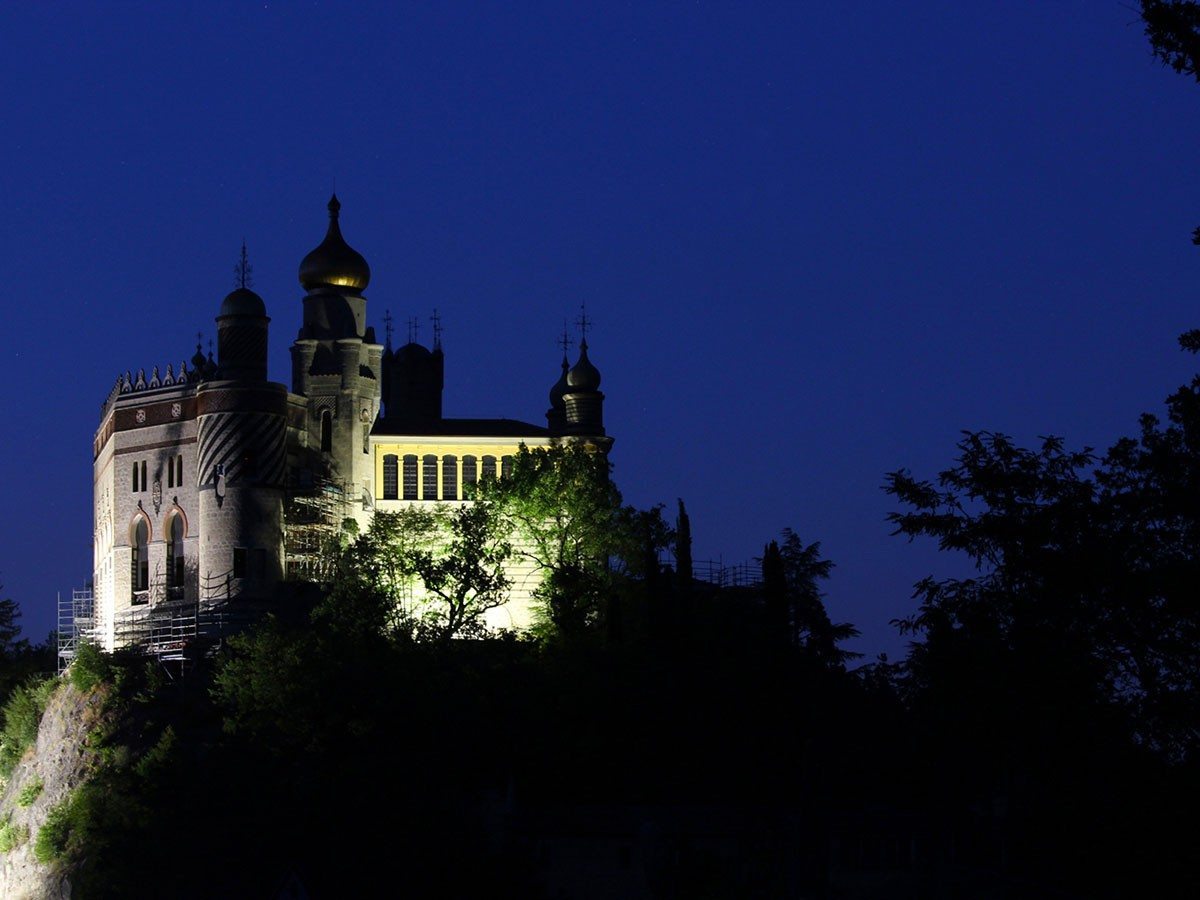 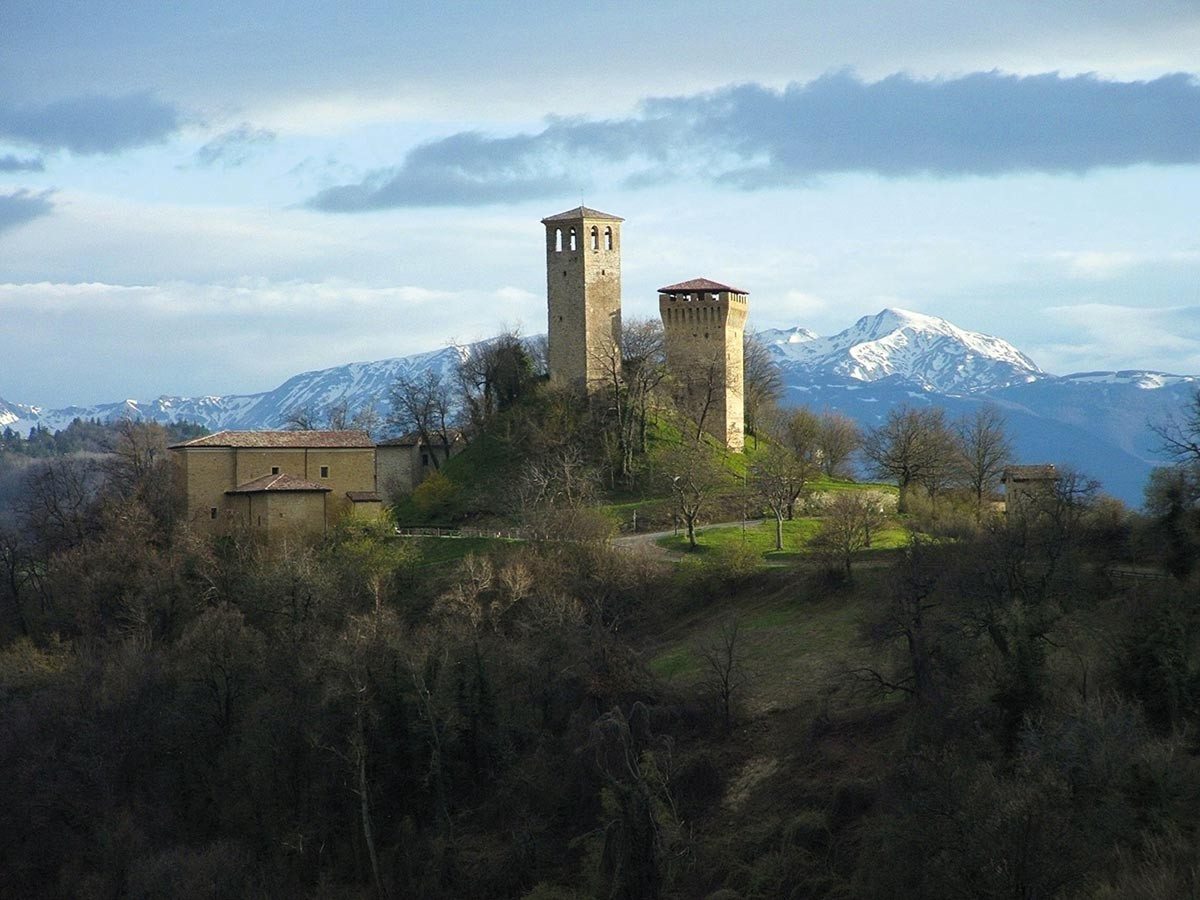 The oldest mention of the “Castellum Sancti Martini in Rio” dates to the year 1052 when the fief, which originated as a donation from Charlemagne to the bishops of Reggio, was transferred to Boniface of Canossa, father of the famous Matilda. The fortress represents the blooming of Humanism and Renaissance artistic and cultural civilisation in the idyllic agricultural territory of the plains of Emilia, subjected to the power of man by land reclamation efforts repeated through the centuries of the Middle Ages until the last operation imposed by the will of the duke of Ferrara, Borso d’Este, in the mid-Fifteenth century. The building that stands today is complete for the most part. It was embellished with decorative cycles attributed to the Erri workshop making it an excellent symbol of the Fifteenth century in the Po valley. The paintings were later elaborated by schools of painting that harked to the Ferrara splendour of Cosmè Tura and the famous “Bible of Borso”. The TECTON restoration of historic buildings operation transformed Rocca Estense into the seat of a museum, a library and a town hall. In a sort of temporal unity, uninterrupted for the past one thousand years, it continues to be the centre and the symbol of its community through expression of its political and cultural powers.